The OEM 2009-2017 Volkswagen Tiguan Rain Guards will let in fresh air while keeping out the rain! The dark, smoke-colored acrylic Plexiglass rain guards are durable and beautifully designed to contour to your vehicle's body. The Tiguan Rain Guards feature reduced in-cabin wind noise and are In-Channel vent visors! They are a dark, acrylic Plexiglass material and an easy, self-install! Our VW Tiguan Vent Shades will require your car to be cleaned and dried before install! Order your own set of VW Tiguan Vent Visors today!

(No reviews yet) Write a Review 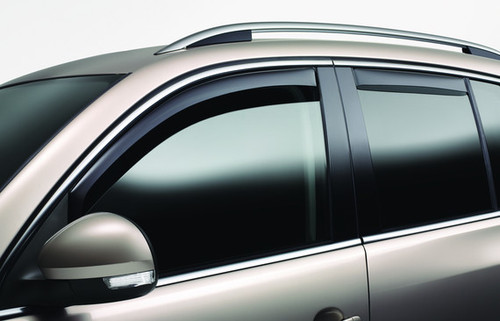